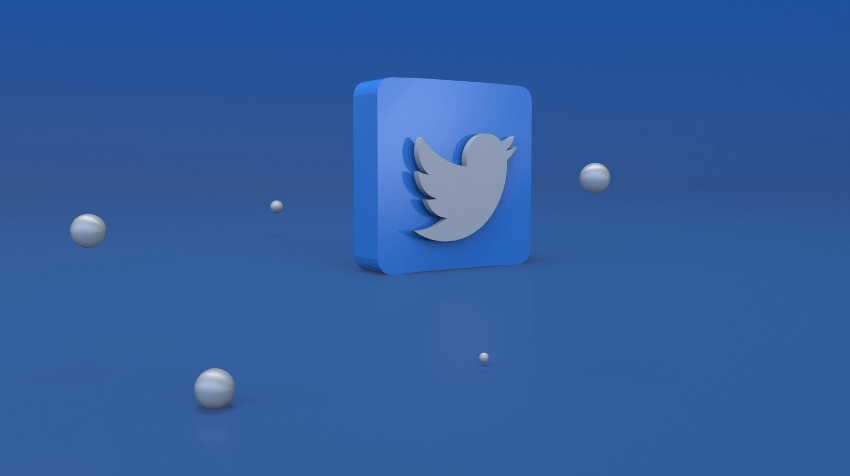 Ever since Elon Musk announced his plans to buy Twitter, the platform’s users have been filled with hope that we may finally get the fabled Twitter edit button. Since the launch of Twitter, this has been the number one feature that users have been asking for. In fact, when Elon polled people on Twitter, he received over 4.4 million votes, 73 percent of which showed that people want the edit button. Although the edit button is something most people are asking for, we have to wonder if there are consequences that may come along with such a feature.

The debate around the edit button has been in the forefront of conversations for weeks now, but we wanted to take a minute to break down the pros and cons. Sometimes, what we want is not what’s best for the greater good. Is this the case with the Twitter edit button? Or is it something that can objectively make Twitter a better platform?

Let’s take a stroll down memory lane. Twitter launched in 2006, which was around the time that social media was really gaining mainstream adoption. Twitter, Facebook, Instagram, and YouTube all started to gain more and more popularity. Each platform offered something unique for its users. YouTube was a place where you could make amateur videos and discuss whatever you wanted. Facebook created a space for you to connect with friends and family members and reconnect with people you haven’t talked to in ages. Instagram became popular for focusing on images.

What made Twitter different from the rest of the pack was its fast-paced style and short character counts. Newer users may not be aware, but it wasn’t until recently that Twitter allowed you to write 280 characters. Up until 2017, the limit was 140 characters, which really had us choosing our captions carefully. Many thought that this would be what held Twitter back, but the platform proved everyone wrong. It became a platform where you could go from conversation to conversation and see what different people were saying about different topics, and that’s where the platform really excelled.

Today, aside from its original attributes, what continues to make it different is that there’s no way to edit your tweets. On Facebook and Instagram, you can easily edit your post. With YouTube, it’s a little more difficult since you’re editing a video file, but YouTube has the functionality to allow creators to crop out parts of videos after the video was uploaded. The fact that Twitter is the only major platform where you can’t edit is something to keep in mind as we dive into the pros and cons.

As it stands, without an edit button, there are really only two options: you can either reply to your own tweet with a correction or additional context, or you can just delete the tweet.

For those of us who do social media marketing, this can be a nightmare. You can plan out your content and use your favorite social media management tool to schedule your posts, but if you made a typo, there’s not much you can do. Imagine a world where you could go in and quickly make the edit, but for now, that’s not an option.

No More Looking Silly with Typos

Nobody wants to look like they can’t spell. While we shouldn’t judge others on such a trivial thing as spelling, it’s part of human nature. Reading and writing were skills that used to be designated for the rich and powerful. Back in the day, if you didn’t come from a royal family or wealth, reading and writing just weren’t for you. This is the origin of how spelling became associated with status and intelligence. If you could read and write back then, people assumed that you were someone important.

Now, reading and writing is more accessible to us common folk, but we still may judge each other for it. That’s one of the reasons that so many people want an edit button. When you’re a small business owner, the smallest spelling or grammar mistakes can negatively affect your brand. It may seem like no big deal, but when a company misspells something, it can be perceived as unprofessional. It’s stressful enough to double-check your B2B emails, but you have to worry about this on your Twitter captions as well.

If we just had something as simple as an edit button, we would no longer have to worry about this.

As mentioned, all of the other major platforms have an editing feature. This is important to remember when discussing the cons. Each platform is where public conversations happen, so technically, any negative aspect of being able to edit could happen on the other platforms.

Think about it for a moment. When was the last time you heard of a major scandal happening on Facebook, Instagram, or YouTube because someone edited something?

The ability to edit has pretty much become the standard for social media platforms. It’s important to note that with some of the newer platforms that rely on vertical videos, like TikTok and Snapchat, you can’t edit. But every platform using written content has an editing feature. Even if you’re doing content marketing through your website or blog, you can edit content. Twitter adding an edit button wouldn’t be adding anything that we haven’t seen used already on a large scale.

One argument that regularly comes up for the edit button is about the fact that we all make mistakes because we’re human. When emotions are running high, we say things that we don’t mean or didn’t think through. Sometimes, we just say something ignorant and don’t realize it until later. How many times have we had a conversation in person and instantly regretted the thing we said? Or how many times have we left a conversation and wished we provided more context to our opinions?

Well, as it stands, Twitter doesn’t give much room for mistakes. And keep in mind that even when you’re using the best digital marketing strategies on social media, brands have been known to screw up. An edit button could definitely help with this.

Some people say, “Well, you can delete your tweet,” but if we’re being honest, that doesn’t look great. Imagine if a news outlet just erased a misreported story from their website like it never happened. We’d be pretty suspicious. Instead, they give retractions or update stories. It acknowledges the previous content and provides an update. Many wish that this is something they had access to on Twitter if they make a mistake.

A major issue that people like Twitter found Jack Dorsey to acknowledge is that they were incapable of the unforeseen consequences of their innovative technology. Sometimes, we get so excited about new tech or a new feature that we don’t consider the downsides. So, what are people worried about with a Twitter edit button?

A Lack of Accountability

We’ve been talking about misinformation a lot in recent years, and social media has played a major role. Misinformation can spread fast on social media, and it’s something that social media platforms, as well as various governments, are regularly fighting. That task is difficult enough, but what happens if someone can alter the reality of what happened through the edit button?

Imagine someone with millions of followers tweeting out a piece of misinformation and then editing it. How does anyone hold the person accountable if they edited the content? After editing, there’s easy deniability. Even with a screenshot, it’d be easy to say that the screenshot was fake.

Head of consumer product at Twitter, Jay Sullivan, says this is a primary concern. In April, he released a Twitter thread explaining that they’ve been discussing the edit button for a while now, but they’re trying to think of all of the possibilities, and this is one of them.

Without things like time limits, controls, and transparency about what has been edited, Edit could be misused to alter the record of the public conversation. Protecting the integrity of that public conversation is our top priority when we approach this work.

It seems like something that could be dealt with through staff manually checking edited tweets, but these social media platforms have far more content coming in than any staff could handle. One report says Twitter has 500 million tweets per day. That’s 20.8 million tweets every hour. You would need millions of employees for a task like this.

Alright, so we discussed how every other social media platform has an edit button, but Twitter doesn’t. It seems like that’s a good enough reason for Twitter to add an edit button, but it’s not that simple. What separates Twitter from every other platform is that people share content on Twitter through its retweet function more than any other platform. On Facebook, you can share something to your wall, and on Instagram, you can share it to your story, but there’s nowhere near the potential for something to go as viral as there is through the retweet function.

Getting back to an edit button, how would that work? Let’s say someone you follow tweets something as simple as, “Marvel movies are the best movies ever made.” You look at that tweet and fully agree (even if you’re not a Marvel lover, just play along for the thought experiment). You have a bunch of followers who also love Marvel, so you decide to retweet that tweet to your Marvel-loving followers.

Then, two hours later, that person changes their tweet to say, “Marvel movies are the worst movies ever made.” Now, what are your Marvel-loving followers going to think when they see that you retweeted something like that?

This example is with movies, but imagine it was with information. If you pride yourself on only sharing quality information, that could become a problem if the person can edit their tweets.

Reverse engineer Jane Wong believes there’s a solution for this:

She believes this problem could be solved with an additional function that shows that a tweet was edited. If this were added, and if fellow Twitter users could see the original tweet, would that solve the issue that Jay Sullivan presented as well?

At the end of the day, there’s a lot to take into consideration, and we didn’t even cover all of the debates happening around the edit feature. There are many more concerns that people are bringing to the table, and this may be why Twitter has waited to add this feature. Hopefully, this gave you some different perspectives that can help you plan for the future whether the feature is added or not.

One thing is for sure, and that’s the fact that Twitter and social media isn’t going away, and it’s a crucial part of digital marketing. If you’re looking to improve your digital marketing efforts, allow DirectLync to help with our all-in-one platform. We make it easy to schedule social media posts as well as manage your CRM, newsletter, and more. You can check out all the features we have to offer by signing up for your free trial today.