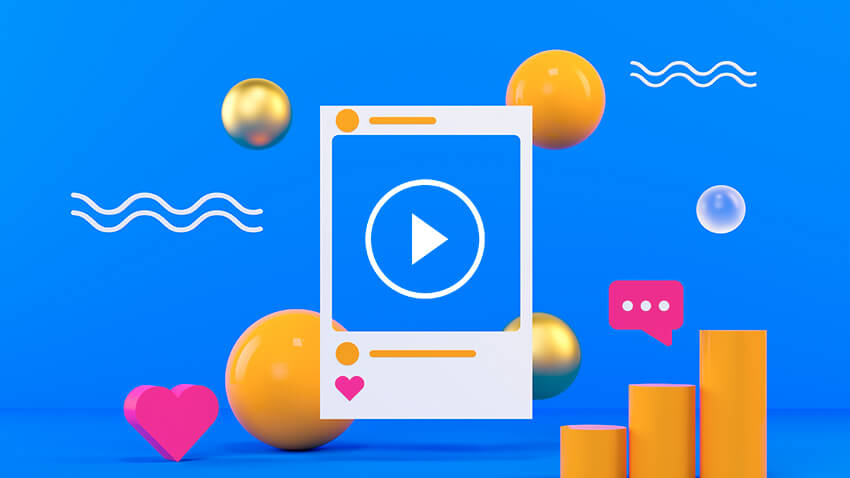 If you haven’t already heard the news, let us fill you in:

On June 30th, Head of Instagram, Adam Mosseri, announced some BIG changes for the social media platform: “We’re no longer just a square photo-sharing app. At Instagram we’re always trying to build new features that help you get the most out of your experience. Right now we’re focused on four key areas: Creators, Video, Shopping and Messaging.” Click here to view the full video announcement on Instagram.

If you’ve watched the full 2 minute 25 second video, you’ll notice that— despite highlighting four key areas of change— Mosseri spends most of his time discussing video and the forthcoming shift from “just a square photo-sharing app” to an entertainment platform with video at its core. There’s a pretty obvious reason for the platform’s overhaul and that’s an industry-disruptor by the name of Tik Tok. Every time a new social media app enters the scene with a new UVP, we see the top platforms adopt (*cough* steal *cough*) these new features in the race to remain competitive. Remember the implementation of stories into almost every major platform after Snapchat’s 2011 launch? After the introduction of video-based platforms like Tik Tok (launched 2016) and Triller (launched 2015), other apps have pushed to implement new forms of short form video— most noticeably, Instagram’s reels and recently, Youtube’s shorts.

Naturally, the lines between many of our favorite social media platforms are starting to blur as once-specialized apps become more general with overlapping features. Ironically, despite other platforms’ shift to generalize, Tik Tok— who specializes in short-form video & a damn-good algorithm— is currently the fastest growing social media platform. Despite being six years younger than Instagram, Tik Tok has generated 5x the revenue and has the fastest growing rate of monthly average users out of all major social media platforms (source). Listen… if we were Instagram, we might be a little scared too. It’s no surprise that Instagram’s recent & future changes are directly aimed at competition with Tik Tok.

Let’s take a look at Instagram’s four key areas of change for the next few quarters: creators, video, shopping, & messaging; however, Mosseri only details what some of those changes might look like for video, and it sounds like they’ll go into effect soon!

We found it interesting that creators was the first area of focus mentioned— especially since there has been outcry from users all over about Instagram prioritizing big brands and paid advertisement over stimulating growth for content creatives and small business owners alike.

Mosseri made a point to note that Instagram would like to “help [creators] make a living” by shifting focus “from institutions to individuals.” Our opinion? If Instagram really wishes to compete with Tik Tok by bringing focus back to individuals, they’ll have to do something about that algorithm ASAP.

Interested in why Tik Tok’s algorithm is superior? Read this article next: Social Media Platforms To Keep Your Eye On.

It’s obvious that ‘video’ will be Instagram’s biggest focus in H2 2021— after all, Mosseri did dedicate more than half the video discussing it. If Instagram wishes to remain competitive in the social media space, they will have to keep up with the likes of Tik Tok & YouTube— two leaders in social entertainment. Mosseri highlights entertainment as one of their major catalysts for change noting that “people are looking to Instagram to be entertained.”

Mosseri says his team has an idea of what these changes will look like, but didn’t give away too many details as to how they will be embracing video more broadly. We do know that the platform will integrate recommended video content directly into the feed as well as topics which sounds like it will differ from their current “follow hashtag” feature. Hopefully, both of these changes are also hinting to an improved algorithm.

We’ve seen a steady push to social commerce features across many platforms— especially over the last year and a half as the pandemic accelerated e-commerce. We’ve seen Instagram prioritize social commerce with updates like the replacement of the notifications page with Shopping, increased sponsored feed posts, and random ‘shopping notifications.’

It’s clear the ways that we connect as humans are constantly evolving. Mosseri says that over the past 5 years, trends have “moved primarily to messaging away from feed, stories… products.” We can’t say we really understand what exactly he meant here, but uh… we’re interested to see how these changes will manifest.

Although Mosseri didn’t necessarily list transparency as one of Instagram's changes, he did note that we can expect more transparent videos like this one in the future.

So, what does this mean for marketers, content creators, & small business owners?

Our general opinion about Instagram’s impending changes are that the app is trying to be all things to everyone. We first met Instagram as a photo-sharing app which is ultimately what set it apart from other social media platforms at the time. We’ve seen the app evolve over the last decade implementing video in a few forms, but we are now at the point where we may no longer have a specialized platform where users can share photos.

We don’t know what all these changes will look like, but we can definitely foresee Instagram’s first set of changes accelerating the already growing prioritization of video content over photos. It’s time to start thinking about how you will implement more video than ever into your social media & content strategies!