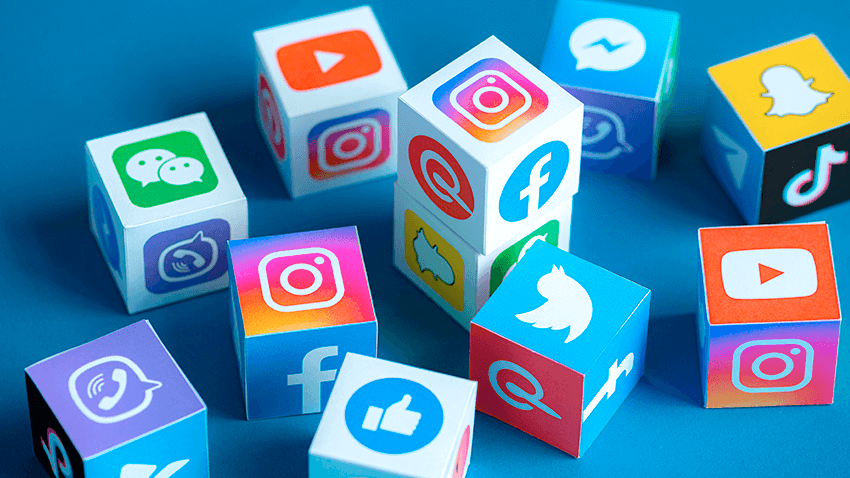 Love it or hate it, it’s impossible to ignore the impact that social media has had on the modern world. With more than 50% of the world’s population having a social media account, it has completely revolutionized the way that we communicate with one another as well as the way that we receive & share news. All of a sudden, our networks are bigger and growing at a rate that has yet to be seen before!

Before we jump into anything, what is social media?

Social media is a network of users that communicate in online spaces while creating and/or sharing content with one another.

Today, we will explore how social media has changed over the years. Let's take a walk down memory lane, shall we?

In 1844, Samuel Morse sent a series of dots and dashes (aka Morse code) from DC to Baltimore via telegraph that, when translated, read “What Have God Wrought!”. Although this pre-dates the internet by more than 100 years, one might argue that this short message was the catalyst that sparked the communications revolution of the 19th century. It was the beginning of long-distance communication!

Fun Fact: Telegraph companies typically charged by the word causing users to keep their messages short and concise. Something tells us they would have been Twitter naturals.

I’m going to go out on a limb here and say that chances are if you’re reading this, you’ve lived all (or most of) your life within the age of the internet. At only 38 years old, it’s easy to overlook just how young the internet actually is. She first graced us with her presence on January 1st, 1983, and we are not at all surprised that she is a Capricorn— just look at all the hard work and success she’s garnished in less than half a century!

Fun fact: Despite inventing the internet, the US is notorious for having slow internet speeds which is mostly attributed to lack of competition and dated infrastructure.

Online dating platforms are a subset of social media that are often overlooked. Although most consider sixdegrees.com the first social media platform (more on that below), we would be remiss not to mention match.com! The brand Match was discovered in 1993 and match.com was launched in 1995.

Fun Fact: When match.com first launched, those that were first to join received free membership for life.

1997 marks the birth of the first true social media platform, sixdegrees.com, which references the idea of six degrees of separation: the theory that we are all, on average, six or less social connections away from each other.

Other notable social innovations include AIM, Yahoo Messenger, and kiss.com.

Who remembers AmIHotOrNot.com? I can’t say that we do, but long story short, users submitted photos of themself to be rated by others. Why anyone would ever subject themselves to this— the world will never know, but then again, there is Tinder.

Early 2000s triggered somewhat of an arms race or whatever the social media equivalent to that would be.

In 2002, we saw the launch of Friendster— a platform that allowed users to create a profile, update their status, and share their mood with other friends. Unfortunately, in 2003, Friendster became a little too big for its britches when the site’s sudden increase in popularity took a toll on its servers. Users began to seek their social media induced dopamine fixes from other places… or should we say spaces?

Enter: Myspace. In 2003, the social media newbie capitalized on its rival’s technical difficulties and saw quick growth. Not only did it prove to be more reliable, it boasted the allure of customizable profiles (including songs, name, appearance, etc.) and gave users the options to be private or public unlike Friendster. By 2005, Myspace amassed 25 million users and was the 5th most popular website in the US.

In 2003, a select few people at Harvard were introduced to the first iteration of what we now know as Facebook: Facemash. Facemash, developed by Harvard student Mark Zuckerberg (you may have heard of him), took on the name The Facebook in 2004 before coming into its final form, Facebook, and opening up to the public in 2006.

By 2005, YouTube had amassed 8 million daily views in just seven short months after its beta launch. In less than a year, it had more than 100 million videos and 20 million users on the platform. YouTube was promptly bought by Google in 2006 and launched its beloved partnership program in 2007.

2006 was a huge year for networking leader, LinkedIn. Although originally launched in 2003, LinkedIn is unique because the platform saw its first profit not long after launching— three years to be exact. The career networking site was the first social media platform to offer a paid option to users allowing them to profit three years before Facebook.

2007 brought with it new ways to access our favorite social media websites. Although we can technically trace apps back as far as 1998 with games like Snake on your Nokia, 2007 marks the birth of apps as we know them today with the launch of the iPhone & App Store.

We also saw the rise of the hashtag! What was originally a way for tweets & other types of content and data to be organized, the hashtag now plays a pivotal role in marketing, branding, politics, events, and simple everyday verbal communications. #getwithit

2010 gave us what we personally consider the greatest linguistic innovation of all time: unicode added EMOJIS! Talk about a game changer for written communications. Emojis have become so commonplace that the Oxford dictionary adopted the 😂 emoji in 2015.

Twitter termed 2014 The Year of The Selfie after this popular picture of Ellen & a few friends became the most shared tweet of all time. However, it would be irresponsible of us to credit Ellen as the original creator of the selfie. Paris Hilton claims to have been the originator of the selfie in 2006; however, Soulja Boy (who genuinely seems to be the mastermind behind a lot of technical innovations) recently claimed to have done that long before Paris. See for yourself:

So, who actually created the selfie...? We may never know.

In 2015, we began to see a rise in video streaming as well as an increase in short form video. Streaming apps like Meerkat & Periscope hit the scene triggering Facebook to integrate a live feature and Twitter to purchase Periscope before it even officially launched! We also saw Instagram flat out steal Snapchat’s entire concept with the integration of IG stories in an effort to remain on top. Although it feels like Snapchat has fallen off, they’ve continued to steadily increase users year over year and today, have a reported 280 million daily active users (this is your daily marketing reminder not to overlook Gen Z)!

Perhaps the most interesting addition to the social media family that we've seen in years was the introduction of Tik Tok. Tik Tok has totally changed the way that we receive and interact with content. Whereas Instagram has chosen to shift their focus to big brands, Tik Tok has remained focused on allowing content creators to build and grow organically and quickly. It has also given us a generation of insanely creative videographers and editors that are still in high school.

There is so much to still be learned about the internet and the world of social media. Each allows us to connect with people in a way we’ve never seen as well as to go out and find knowledge and information without cracking open that ancient encyclopedia in the attic. One downside of the internet and social media is how easy it is to spread and take in misinformation. You can Google “The sky is green” and chances are, you will be able to find “supporting evidence.” After the 2016 presidential election, the world saw just how dangerous, damaging, and disruptive social media and the spread of misinformation can be.

Other notable 2017 moments: Twitter doubled their character limit and introduced threads. Thank goodness because we were all growing pretty tired of reading screenshots from users’ notes app.  Now all we need is an edit button and we’re in action!

The last few years have given rise to some of the most prominent calls for social justice that the world has seen in decades. A major reason for this has been the presence of social media. For the first time, eyes around the world have had firsthand evidence of many social atrocities like police brutality that take place but are often swept under the rug. The prominence of social justice in social media has sparked consumers’ needs for transparency from brands. Your audience wants to know where you as a brand stand on social issues before engaging or spending money.

That’s it, folks! Thanks for taking a trip down memory lane with us. For more on the current and future state of social media, click here! If you think there are any major moments that we’ve overlooked, let us know on Twitter.